Get 10% off GOAT RM ToolkitTM with vouchercode LINKEDIN10. Offer end 31 May

Risk Assessments in M&A and other Corporate Transactions 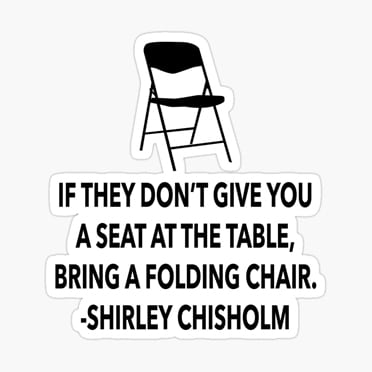 @Kin Ly from the Risk Leadership Network recently asked me whether I had experience conducting risk assessments related to mergers and acquisitions (M&A).  This struck a sore spot with me because the short answer was unfortunately no.  You see, I had been leading Corporate Risk Management at a major hotel chain for a few years and had established some decent relationships and gained credibility by contributing to a some high profile projects and strategy discussions.  I was well aware we were looking for a transaction, but when the opportunity to acquire a cool upmarket boutique hotel chain came up, the irony is that the risk controls blocked me from getting involved as access was only granted to a small insiders list on a need to know basis.  Eager to break down barriers as usual, I pushed to get inside, “Danny, you can be part of the integration project”, my heart sunk as obviously that is equivalent to risk assessing the barn doors after the horse has bolted.

As I write this post, I didn’t want cause offence to any ex-colleagues so I’ve looked around the internet to see what is public knowledge on the transaction.  I didn’t need to look far, according to Wikipedia, “On December 16, 2014, IHG announced that it would acquire Kimpton for $430m in cash.  IHG retained the Kimpton brand name within the US and is expanding globally.  As a result of the acquisition, seven of Kimpton’s nine hotels in San Francisco left the brand in July 2015.”  At the time of the announcement there were 62 Kimpton hotels, six years on there are 68.

This was a classic case of a Goliath buying David situation, with time now on our side, has shareholder value been created in this transaction?

The legal team at IHG are experts at writing franchise and management contracts ensuring there is long term commitment from all parties, termination clauses have significant protective clauses potentially resulting in liquidated damages.  Clearly the Kimpton hotels did not have such robust contracts.  In my limited interaction with commercial lawyers, they tell me the first few things you should look for in a contract is work out what you’re on the hook, what the liabilities are and the termination clauses. So I would expect any legal DD advisor should identify the fact we’re buying a bunch of contracts that are easy to get out of which would have direct impact on the valuation of the transaction.  IHG learned with 6 months of the transaction, 11% of the portfolio chose to leave the Group.  I cannot say either way, was this known, expected and valued into the transaction?  Did they pay the liquidated damages to exit?

Whilst losing 11% of the portfolio is a tough hit, the culture gap was by far the biggest issue.  They are a small and cool US boutique hotel chain – customers, owners, employees – all stakeholders know and value this.  It is virtually impossible to be small, cool, boutique while being part of a massive hotel Group.  The fact IHG is a UK based company just exacerbates the differences. How was this factored into the selection, transaction, valuation, synergies, benefits?

I did eventually get involved in the integration and several other issues quickly came to light including wide differences in the spend on the loyalty programme.  Any attempt at alignment would touch on every one of their loyal customers who love the Kimpton brand and any attempt at aligning or taking benefits away would look like the big UK corporate taking away the MOJO that made the Kimpton brand unique and loved.  We would never know for sure, but I do wonder, if I was involved in the due diligence and conducted a thorough risk assessment, what difference it would have made.  If not to the deal itself, perhaps the valuations or the terms within.

I know risk managers are always fighting for a seat at the table.  It’s one of the worst parts of the job and to excel, we need to leverage relationships, navigate politics, and have amazing courage – which clearly I didn’t have enough of at the time.  But once we’re there, we also have to make our chance count.  Reflecting back on my conversation with @Kin Ly, it turns out not a lot of risk professionals have been directly involved in M&A, and obviously corporate transactions are not an every day event but it does seem Legal and Finance professionals are the ones that take the lead on due diligence.  I wonder what credentials they have on risk assessments.

Given the opportunity, here is how I would approach an M&A risk assessment.  I would probably lead a workshop of all the team members on the insiders list and even question who should and should not be in. 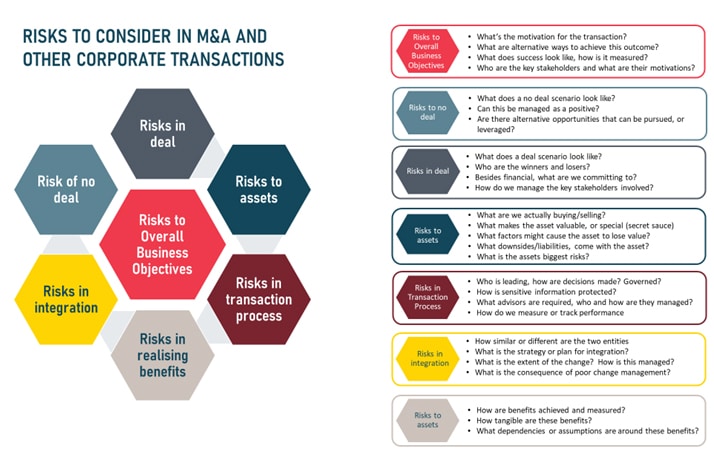